Lancaster Castle was founded in the 11th century on the site of a Roman fort. Part of it has been used as a prison since 1196, except for the period from 1916 to 1954, due to a national shortage of criminals.
The castle also contains a court, which had the reputation of hanging more people than any other in England. The public hangings were often attended by thousands of people, crowded into the churchyard.
The prison was finally closed for good in 2011.
Clive Kelly 17th October 2014:
"THE KISS CLIVE KELLY
Whilst I was serving my time at Her Majesty's Pleasure, MAUREEN, my girlfriend, used to visit me on a monthly basis. Sometimes she would be driven there by RORY STORM, or BRIAN EPSTEIN, as we were all friends. The accepted way of smuggling both money and dope into those type of nicks where they allow a goodbye kiss to conclude the one hour visit, is the tongue flick. MAUREEN practised this to perfection. As she said goodbye we would embrace to the kiss of passion, she would flick with her tongue the piece of Hashish wrapped in a five pound note into my mouth. Which kept me high and in luxuries whilst serving my time. 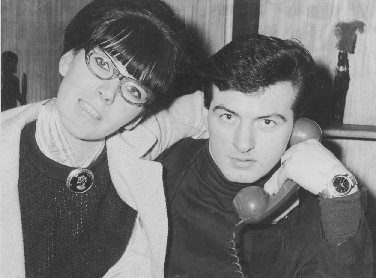 BRIAN EPSTEIN had felt his life was in danger, and I designed a steel grating to afford him some protection at home.
Unfortunately before I had fitted the thing I was arrested, and locked up in the dungeons of SCOTLAND YARD for four days for giving bad cheques.
Then I was transferred to Lancaster Castle Prison for 24 months. My mum contacted BRIAN, and he visited me with my mum.
While I was in prison, BRIAN's fears were realised."